Mobile apps are only as good as the experience they provide

Since the first iPhone in 2007 there has been a proliferation of mobile apps. Today, both Apple and Google's app stores have over 1 million apps each. Apps themselves have come a long way in that time. During the “gold rush” (coined by Steve Jobs), when Apple first enabled developers to build their own iPhone apps, most apps were simple. The driving ambition then was just to be part of the revolution.

Today, apps are typically more complex and involve back-end software that often lives in the cloud. Enterprise back-ends will likely be integrated with legacy systems that were never designed for mobile. An example is the Domino’s Pizza app that is a full ordering experience integrated with numerous back-end systems that provide live updates as to the status of your order.

But there is a far greater opportunity than consumer apps. Mobile offers organisations new ways to run their businesses and empower employees, partners and customers. In recent studies carried out by Creative Intellect Consulting there is a clear indication that organisations are beginning to shift their focus beyond Business-to-Consumer (B2C) and into Business-to-Employee (B2E) and Business-to-Business (B2B) apps. Since the beginning of the app revolution it has been clear that the number one success factor is the app’s experience. Mobile devices have small screens, often less hardware capabilities than desktops, inconsistent connectivity and users are often in transit. As a result, the app experience has to be far superior than many traditional desktop applications.

If an app’s usability, reliability or performance is poor then it delivers little value to the user. Numerous studies have shown how users will try an app once and if they do not like it then they will uninstall. The key driver for many B2E/B2B apps will be user productivity. Poor experiences will fail to deliver on this metric and so productivity is not delivered. In fact, it could be worse.

Stay current with our regular insights. We'll never send you more than one email a week.

...when creating mobile experiences the competition extends well beyond what one may typically think of...

Not only are users acutely demanding of apps, they do not compare like for like. For example, a user will not compare a productivity app to a similar productivity app, but to the best app experience they have had - that could be the Domino’s Pizza app. Therefore, when creating mobile experiences the competition extends well beyond what one may typically think of.

An app’s experience is more than the user's interaction with their device. How the app fits into a broader user journey is also critical. An app may only fulfil one part of a larger workflow that includes other applications. For example, Adobe's mobile apps facilitate creative workflows that will also include its traditional desktop design products. Considering the whole journey is critical to a successful outcome. While an organisation may build one or two B2C apps, over time they may build tens or hundreds of B2E/B2B apps. The user experience needs to carry across these large portfolios in a consistent way. Taking into consideration scale with respect to: number of apps; back-end systems; lines of business; and multiple technical teams; delivering consistent quality of experience is no small feat.

Mobile will have a significant impact on the way that organisations operate and that will in turn affect their competitiveness, agility and profitability. A key concern of every mobile strategy should be experience.

What makes a brand?

Download our guide on how to build your brand 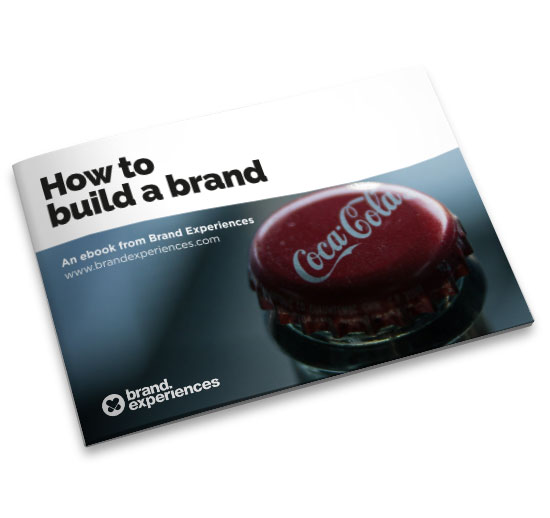 What is brand experience?

and why you need it!

If actions speak louder than words...